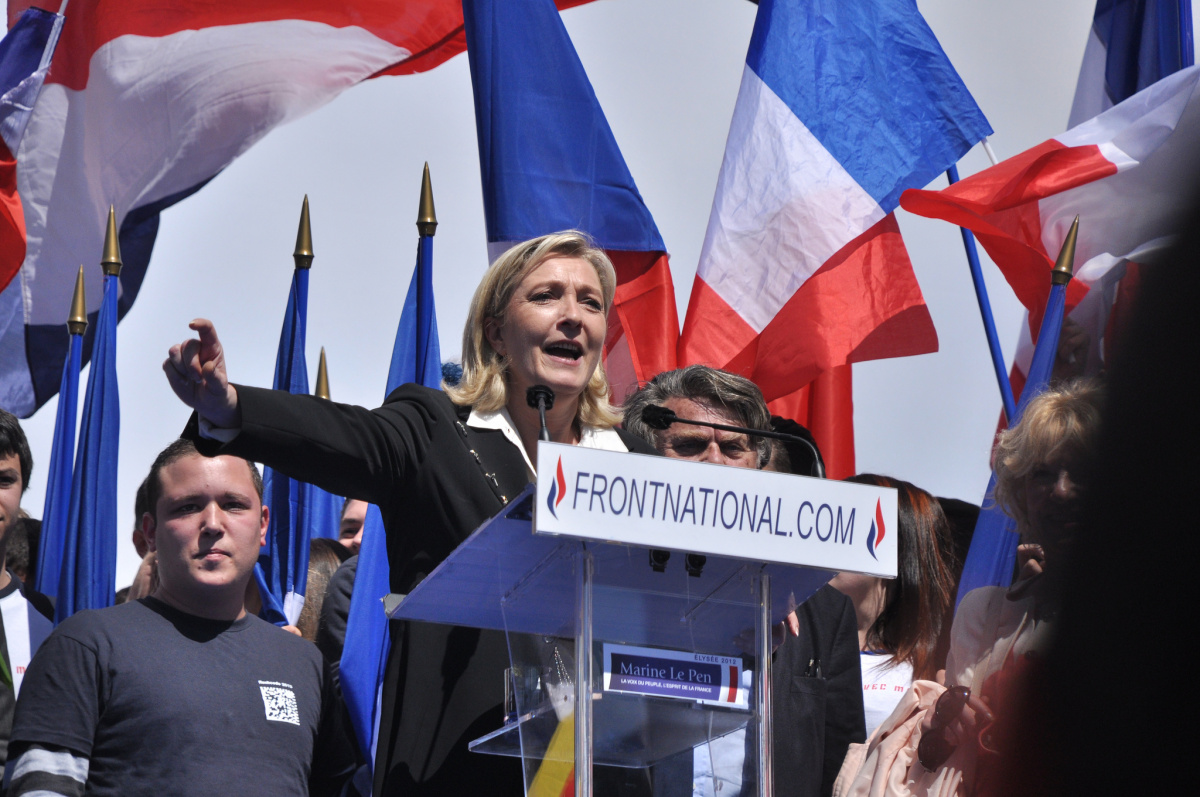 Far-right French politician Marine Le Pen, who has pledged to abolish same-sex marriage, has won a place in the next round of the French presidential election.

Previous polling suggested that a four-way battle of the most popular candidates for the French presidency was too close to call, but now Le Pen will face off against Emmanuel Macron in a run-off.

A run-off between Le Pen and Macron will take place on May 7.

Of the eleven candidates, four were all near-tied in polling with around 20 percent of the vote – centrist Emmanuel Macron, scandal-plagued conservative François Fillon, far-left Eurosceptic Jean-Luc Mélenchon, and the far-right Le Pen.

In a recent manifesto, Le Pen promised to create an “improved” form of civil unions in the country to “replace” the equal marriage law passed under the current Socialist government in 2013.

The policy plan specifies that the changes would “not be retroactive”, sparing Le Pen the legal headache of trying to unpick or downgrade thousands of existing same-sex marriages, but the replacement plan would close same-sex marriage to new couples – meaning gays would once again only be able to enter civil partnerships.

It would be a return to the former status quo for France, which only permitted same-sex couples to enter a contractual form of civil union (PACS) from 1999 until 2013.

Russian government-controlled outlets previously published homophobic smears aimed at Macron, who is often touted as a ‘unity’ centrist candidate, reporting a “persistent rumour that [Macron] is secretly gay and living a ‘double life’”, and also accusing him of being in the pocket of a “very wealthy gay lobby”.

The politician, who has been married to his former school teacher Brigitte Trogneux since 2007, attacked the smears in his Têtu interview.

He said: “Two things are vile behind the implication: to say that it is not possible for a man living with an older woman to be anything other than a homosexual or a hidden gigolo is misogynistic. And it’s also homophobia. If I had been a homosexual, I would say it and I would live it.”