The Victorian government will attempt to crack down on so-called gay conversion therapy through a new public watchdog with the power to investigate people purporting to "cure" or suppress homosexuality.

The move comes amid growing concerns that such practices remain prevalent in Australia – including alarming claims of shock treatment or aversion tactics being used in recent years in a bid to thwart same-sex attraction.

The Sunday Age has been told of cases whereby men had been advised wear an elastic band on their wrist and flick themselves every time they felt desire towards another man.

One person recounted his own shock treatment in Sydney six years ago, when a practitioner – referred by the man's Maronite priest – would show him pictures of men and women, and zap him with a small device every time a male image appeared. 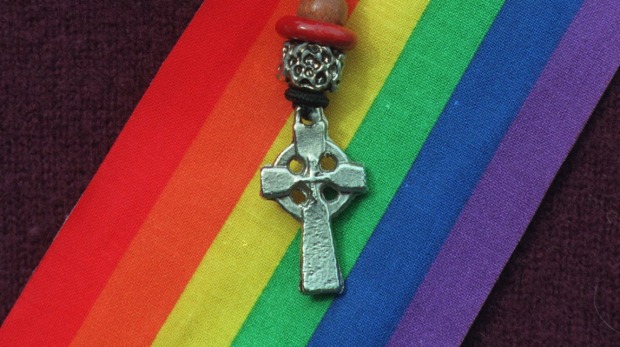 "When the image comes up, they send a shock wave to the system so it conditions the body and the brain so that you don't have a reaction," said the 25-year-old singer-songwriter, who is now openly gay but did not wish to be named. "It's designed to stop the sexual message."

The claims are likely to alarm the government, which has vowed to take a zero-tolerance approach on anyone attempting to treat homosexuality as a disorder that can be fixed through medical or therapeutic means.

Legislation will be introduced into parliament later this year to establish a new watchdog – the Health Complaints Commissioner – with the power to investigate and sanction anyone claiming they can treat homosexuality.

"If they are found to be making false claims and to be acting in a manner that puts people's physical, mental or psychological health, safety or welfare at risk, the Commissioner will be able to ban them from providing such services," said Health Minister Jill Hennessy.

"We have zero tolerance for any person purporting to be able to 'covert' gay people through medical or therapeutic means. Any attempts to make people feel uncomfortable with their own sexuality is completely unacceptable."

News of the government's plans come a week after The Sunday Age reported on the growing push behind the scenes to combat the "ex-gay movement", which essentially views homosexuality as a sin and remains an insidious part of evangelical church culture in Australia.

Part of the problem, however, is that the size and prevalence of the movement remains unclear, and it is not entirely known to what extent conversion therapy is still being used, either through religious organisations attempting to "pray away the gay" or less formal structures.

In Canberra, Greens senator Robert Simms will move a motion when federal parliament resumes next month, calling on the Turnbull government to investigate potential reforms and urging the states and territories to implement laws banning conversion practices.

Meanwhile, in Victoria, state Greens MP Sam Hibbins has called for a parliamentary inquiry to uncover the extent of the problem and assist in preventing it.

It is understood the government would be prepared to consider an inquiry if or when details are provided. The new Health Complaints Commissioner will be established through a Health Complaints Bill to be introduced in coming months.

Last April, COAG's health council also agreed to the terms of a National Code of Conduct for health care workers, which is designed to keep a tighter check on unregistered health practitioners. Gay conversion therapy is expected to fall under the code.