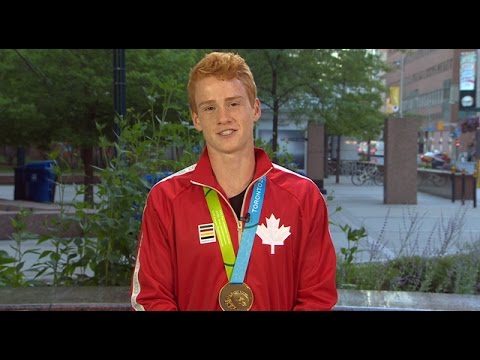 "Gay and proud! Thank you to my parents for being such a great support. I continue to grow as a person and have a great support group. My parents are my greatest support and have helped me through a lot recently. To my friends, you are always my friends and i love you too!"

Barber, 22, was born in Las Cruces, N.M., and holds dual citizenship. He chooses to compete for Canada and calls Toronto home.

He has a long list of pole vaulting accomplishments, including winning both the world and Pan American titles in 2015. He also became the youngest man to vault six metres and set an NCAA indoor record of 5.91m during his time at the University of Akron.

Barber, though, had a disappointing performance at the 2016 Rio Olympics, where he was among the favourites to win the gold medal. After barely making it through qualifying, he finished 10th.