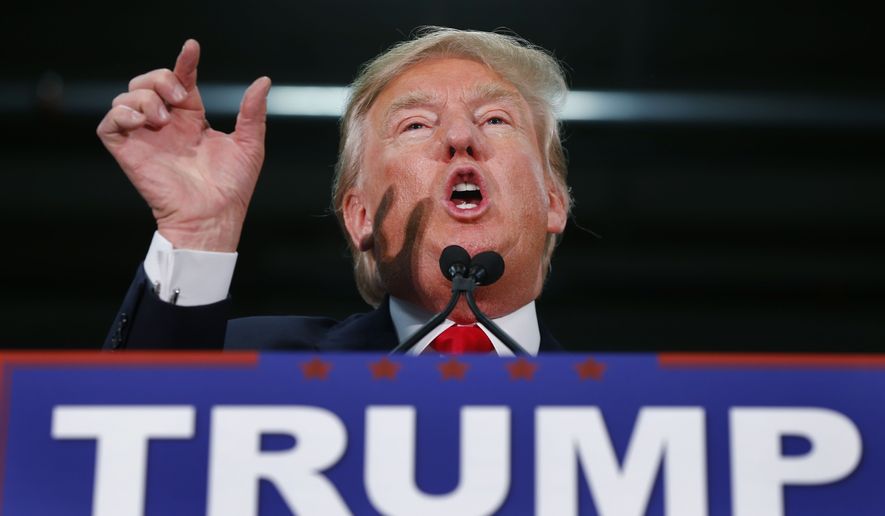 Republican presidential candidate Donald Trump said Sunday that, if he becomes president, he would “strongly consider” appointing Supreme Court judges who would overturn the court’s decision to legalize same-sex marriage. “It has been ruled upon,”

Trump said on Fox News Sunday. “If I’m elected I would be very strong in putting certain judges on the bench that maybe could change things.” When asked by host Chris Wallace whether that meant trying to appoint justices to overturn the ruling, Trump said he would “strongly consider that, yes.” “I wish it was done by the state,” he said. “I disagree with the Supreme Court … it should be a states’ rights issue. And that’s the way it should have been ruled on.”

Trump has consistently opposed marriage equality, according to the Human Rights Campaign. He said last year that he was “for traditional marriage.” However, he also said after the Supreme Court’s June ruling on the issue that he wouldn’t support a constitutional amendment allowing states to ban same-sex marriages.

After Kentucky county clerk Kim Davis was jailed for refusing to issue marriage licences in her state, Trump said that, though he didn’t think she should have been put in jail, the Supreme Court’s ruling was the “law of the land.” “You have to go with it. The decision’s been made, and that is the law of the land,” he said in September.

Trump’s comments on Fox News Sunday come as he leads in the polls in Iowa. He’s trailed by Ted Cruz, who, for his part, promised this weekend to create the most conservative Supreme Court in history if elected president. “I have spent my entire adult life fighting judicial activism, fighting to defend the Constitution, fighting to defend the Bill of Rights,” Cruz said in Iowa Friday. “Unlike the very fine individuals on that debate stage, I will be willing to spend whatever political capital is necessary, and sir I give you my word, every justice I put on that court will be a principled constitutionalist jurist with a proven record who will be faithful to the law and will not legislate from the bench.” "It has been ruled upon. It has been there.