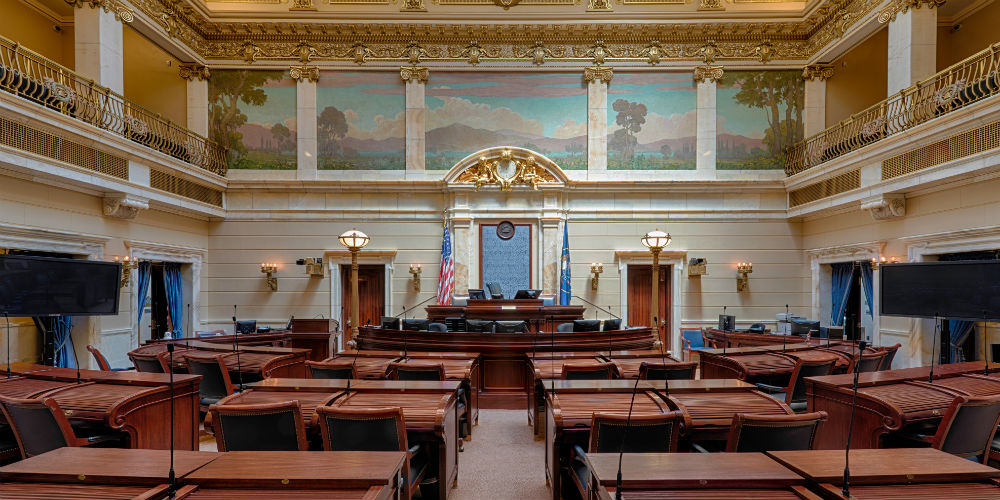 SALT LAKE CITY — Proposed state legislation that would require Utah judges to favor heterosexual couples over same-sex couples in adoptions and foster care placements is blatantly unconstitutional and will not hold up in court, gay rights advocates argue.

State Representative Kraig Powell, a Republican and the sponsor of the legislation, said on Friday that last year’s Supreme Court ruling legalizing same-sex marriage would not stop Utah from keeping a preference in state law that a child have a married mother and father.

Mr. Powell said his bill would not apply to private adoptions and would only involve children in state custody.

In those cases, he said, a judge would “follow what’s been traditional and proven in society, that there’s a father and a mother and that gender diversity will be a broadening experience for the child.”

He said members of a same-sex couple would be given preference in an adoption or foster placement if they had a relationship with the child, like being relatives or neighbours.

Mr. Powell said he was still working with state child welfare officials to figure out exactly how his idea would play out. He said he did not know if it would put same-sex couples at the end of waiting lists for children who were wards of the state, or if officials would have to show they had searched for a heterosexual couple before placing a child with a gay couple.

Mr. Powell said the proposed legislation would not stop same-sex couples from having or adopting children. He said his bill also would revise existing laws related to surrogacy and artificial insemination to make it easier for gay couples to have children using those methods.

“Gay parents have equal protection now under the law,” he said. “Any effort by Representative Powell to roll back the rights and liberties of L.G.B.T. Utahns will be met with fierce resistance from our community.”

Mr. Williams cited the backlash from a case last fall, in which a small-town Utah judge ordered a foster child to be taken from a lesbian couple and placed with a heterosexual couple.