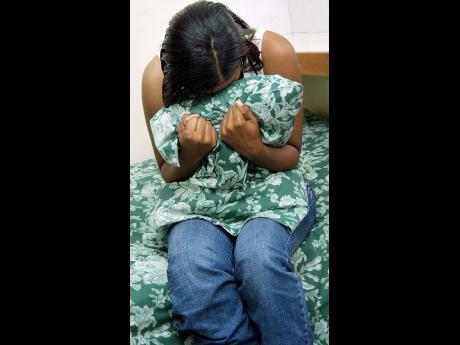 The National Parent-Teacher Association of Jamaica (NPTAJ) has reacted with alarm to the offer of help by Jamaica's gay lobby group to ease the plight of gay students in schools who are allegedly being shunned by guidance counsellors.

"The NPTAJ rejects totally the offer made by J-FLAG (Jamaica Forum for Lesbians, All-Sexuals and Gays) to conduct counselling in schools," its president, Everton Hannam, said in a release last week. "If J-FLAG is serious about counselling, they can offer those services privately," Hannam counselled. (Of course, Hannam misinterpreted that J-FLAG was itself offering to counsel students; it didn't.) But not in our schools. "Let the guidance counsellors do their job."

But what exactly is their job? What exactly is expected of them vis-·-vis gay students or students struggling with their sexual identity? This has not been clear in all the discussion taking place on the issue. There has been much obfuscation and talking around the issues.

Fellow Gleaner columnist Jaevion Nelson laments, in his column last Thursday, that what is required of guidance counsellors is "simply for them to do their jobs - provide an open, safe space for students to seek support when they need it". But exactly what kind of support? Support to accept their gay identity? For failure to do so can, indeed, cause deep psychological trauma. Is it just "support" to deal with the prejudice and discrimination that gay people in Jamaica face?

WHAT KIND OF GUIDANCE?

Michael Abrahams says in his Monday column that "in counselling gay students, one is not obliged to say that homosexuality is good, right, natural or moral. But these students need help and guidance". But what kind of guidance, if one is to avoid touching what is "good, right, normal natural or moral"?

Abrahams goes on to muddy the water further by saying of these students: "Many suffer from guilt, shame and loneliness ... ." Now, how can the conservative or fundamentalist Christian help that student to overcome his "guilt, shame and loneliness" without that counsellor's abandoning his world view? That guidance counsellor can be professional, "objective", detached, value-neutral and all those fine things, but how does he help that child escape "guilt and shame" when that counsellor's religion sees homosexuality as morally unacceptable? Be realistic.

People have not thought through this issue very carefully. Junior, an online respondent to my column last week, says, "Yes, I expect Christians to leave their beliefs and Christian positions at home or church when they choose to serve in certain positions."

Christian guidance counsellors remain Christian. They can't check their beliefs or values at the door of their offices. Their ideology maintains that homosexuality is disordered, unnatural, immoral and psychologically unhealthy. But I still say that there are some things which even conservative, fundamentalist Christian guidance counsellors can and must do in the discharge of their professional duties.

The minimum is that they must never, never ever shun any gay student. If they do so, they must be fired. It's dereliction of duty and gross irresponsibility. Second, they must maintain strict confidentiality. They must not disclose what these students are struggling with or even what they accept and practise. That's fundamental in counselling. A breach in that area should also result in dismissal.

Guidance counsellors must be held to very high standards. They must be models of tolerance, openness, cosmopolitanism and anti-prejudice. If a guidance counsellor hears that a gay student is being persecuted at home; if parents are threatening to put him out of the house, ill-treating him, scandalising him, etc., that counsellor must immediately meet those parents and show - even from the Bible - how utterly wrong those approaches are. That guidance counsellor must use sources these so-called Christian parents believe in to show them the folly of their ways.

The Christian guidance counsellor must do everything to ensure that the gay student is not harassed, victimised, publicly shamed or discriminated against. He must ensure that family members treat that gay student no less than other members of the family. The guidance counsellor must help students, teachers, administrative staff at the school and members of these gay students' communities and families to eschew violence, discrimination and harassment. He must help them to embrace these gay students as full, equal human beings worthy of all love.

The curious thing about this is that it is precisely in this area of love, tolerance and forgiveness that Christianity is most rich and resourceful. The Christian guidance counsellor should be the most compassionate and loving of all counsellors. Christian theology is based on love, mercy, forgiveness. At the heart of Christian theology is teaching on brokenness, our proclivity to mess up - and the enormous power of the Gospel to save people from all kinds of sinful conditions. Now it is here that my gay readers will scream condescension.

For I bet you that after I have outlined the most compassionate and tolerant approach to gay students, pro-gay readers will still not be pleased. Nothing less than full acceptance of their "enlightened, scientific, non-Stone Age view" will do. Talk about imposition! But, of course, their view is simply scientific truth - or, better yet, common sense. (I am grateful to Marx for helping me to understand the hubris of what he called 'false consciousness'.")

Gay fundamentalists will accept nothing less than the full acceptance of homosexuality as normal, moral and acceptable. There is no room for disagreement. Saying otherwise is like saying the Earth is flat. There should be no more tolerance for the view that homosexuality is immoral or abnormal than the view that the Earth is flat, gay fundamentalists believe. But conservative Christians will never accept that homosexuality is morally acceptable.

Quite frankly, gays should be happy that some fundamentalist guidance counsellors are shunning students. For what some would tell them if they did not shun them would cause those students far more damage and hurt than shunning them. I am a Popperian and an ardent believer in pluralism and the Open Society. Perhaps J-FLAG needs to organise its own counselling services where its own gay-friendly counsellors can offer a counterview to what is being offered in our schools, many of them Church-based.

Publicise your counselling services. Make use of social media heavily so that gay students have an alternative. For you can't depend on Christian guidance counsellors to go beyond tolerance and compassionate engagement to full acceptance of homosexuality. In a pluralistic society, we have to live together. Some Christians will be annoyed that I would countenance gay counselling services in the society. But this is not a theocracy. It is a democracy.

Some fundamentalist Christians and fundamentalist gays will not be pleased with this column, but as Karl Popper would say, they are enemies of the Open Society.

- Ian Boyne is a veteran journalist working with the Jamaica Information Service.