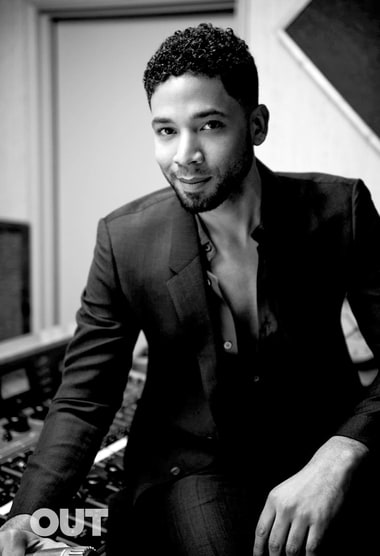 Love is love. Jussie Smollett opened up about his sexuality and his views on relationships in OUT magazine's March 2016 issue.

"I am a gay man with an extremely open heart. God, I’ve never had to talk about this, so I’m trying to find the words. If I had to label myself, I would label myself as a gay man," theEmpire actor, 31, told OUT’s Shana Naomi Krochmal.

"With that said, I believe that love is the only thing that matters, and I would hope that anybody would leave themselves open — not to gender, but to love. I would hope that people would not close themselves off from what could be if, lo and behold, you meet somebody that just sweeps you off your feet, and you just can’t do anything about it," he continued. "If we truly believe that we are born this way, then why do we try to stifle the way we were born? If I fall in love down the road with a woman, I’m going to love that woman."

Smollett, whose Empire character, Jamal Lyon, is gay, initially addressed the rumors during an appearance on The Ellen DeGeneres Show last March. The former child star said at the time that he's "never been in a closet," and that he preferred to keep his personal life private.

"I was ready to talk about it," Smollett told OUT. "[Ellen] told me, 'You don’t have to.' I will be forever grateful to Ellen for the kindness she showed me. And that made me want to talk about it."

Smollett's TV mom, Taraji P. Henson, has been just as supportive about his coming out process. "She said, 'Who gives a f--k? I don’t tell these motherf--kers that I’m straight. Why the f--k do you have to tell them that you’re gay?'" he recalled to OUT. "That was so O.G., and it just made me love her even more."

Smollett's conversations with DeGeneres and Henson have proved to be a stepping stone for the rising star. In OUT, he also talked in depth about what love means to him.