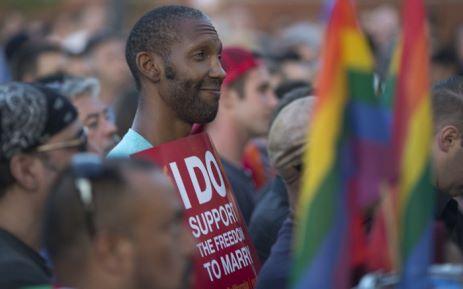 Reuters Health – While gay and bisexual men are at higher risk for mental health issues than their straight counterparts, the risk is particularly high for young gay and bisexual men, a new study has found.On the other hand, high levels of education, income and living with a man were among the factors that seemed to protect gay and bisexual men of all ages against depression, anxiety and other mental health problems.There’s been a tendency to lump gay and bisexual men into a single group, said lead author Ford Hickson, of the London School of Hygiene and Tropical Medicine. But the new findings illustrate that gay and bisexual men are as varied as the general population.“Typically national and government surveys, even if they are quite large -only have a few gay and bisexual men in them,” Hickson told Reuters Health. “They’re good at comparing gay and bisexual men to other men, but there are too few to do comparisons within the group.”The new conclusions are drawn from an online survey of 5,799 gay and bisexual men, all at least 16 years old and living in England, Scotland or Wales.Overall, about 21 percent were depressed, 17 percent had anxiety, about 7 percent had harmed themselves in the past year and 3 percent had attempted suicide.Young participants, under age 26, were especially at risk for poor mental health: about 29 percent were depressed, 24 percent reported anxiety, about 14 had percent harmed themselves in the past year and about 6 percent had tried to kill themselves.“This finding is congruent with homophobic abuse and assault being very disproportionately experienced by the young,” the researchers say.Among bisexual men, about 26 percent were depressed, 20 percent had anxiety, 11 percent harmed themselves in the past year and 4 percent attempted suicide.Low levels of education or income and being part of a ethnic minority group increased the risk of mental health issues, the authors report in the Journal of Public Health.In addition, men who are attracted to women as well as men were at greater risk of poor mental health than men attracted only to men, the researchers found.But living with a man, living in London and attaining higher levels of education and income were all linked to lower likelihood of mental health issues.Stigma is not equally experienced by all gay and bisexual men, the researchers point out. They add that people may be better at resisting stigma if they are privileged in other areas of their lives.David W. Bond, vice president of programs for The Trevor Project in Los Angeles, said the results show that lesbian, gay, bisexual and transgender (LGBT) people shouldn’t be thought of as a single group.For example, he told Reuters Health that bisexuals are often forgotten or ignored among the larger community.“It makes it difficult to find a supportive environment and community that supports all of your identity and existence,” said Bond, who was not involved with the new research.The Trevor Project provides crisis intervention and suicide prevention services to LGBT and questioning young people ages 13 to 24 in the US The organisation’s crisis hotline is 1-866-488-7386.Hickson said programs addressing mental health issues among gay and bisexual men need to target their interventions to the various groups.“Being gay isn’t the only thing that might put you at risk for poor mental health,” he said.