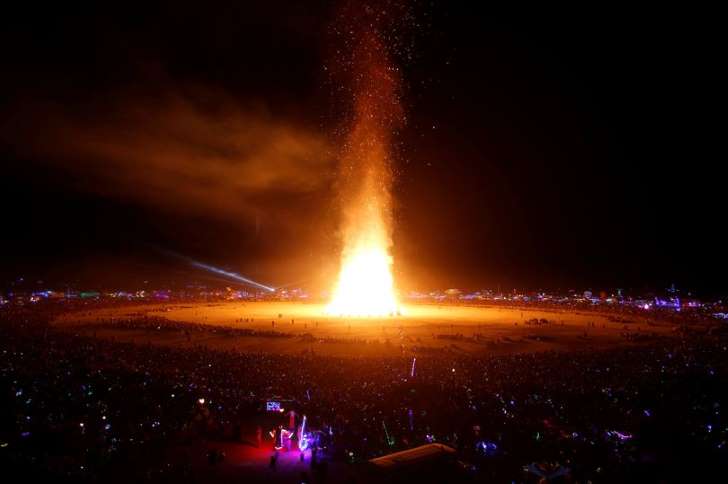 A man hurled himself into searing hot flames at a fire-themed festival after dodging firefighters trying desperately to save his life.

Horrified revellers watched on as the man raced towards the fire, making a beeline for the burning wooden effigy.

Shocking pictures show the man in shadows, running towards the flames.

Firefighters in full uniform pursue him, but are forced to stand back helplessly and watch as his body is engulfed by the fire.

It is not known if the man died as a result of his injuries from the incident. 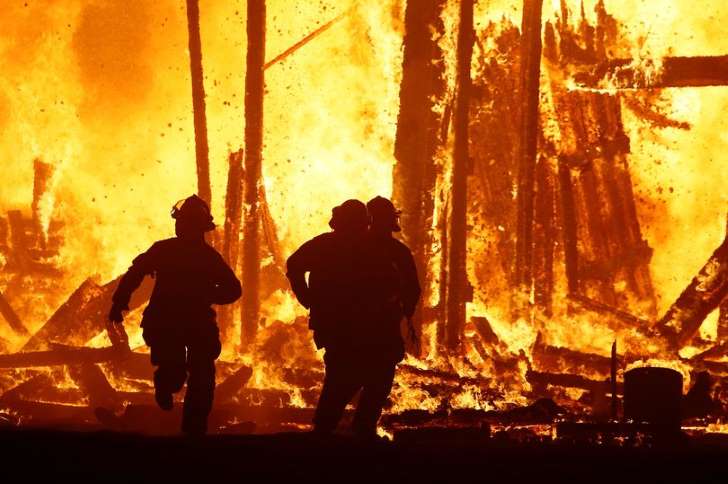 The man was at the Burning Man Festival in Nevada, USA which was expected to host more than 70,000 people for the week-long event.

In a statement on the festival's website, organisers said: "At approximately 10.30pm Saturday evening, a male participant at the annual Burning Man event in Northern Nevada broke through a safety perimeter and ran into a fire.

"Black Rock City fire personnel rescued him from the fire. 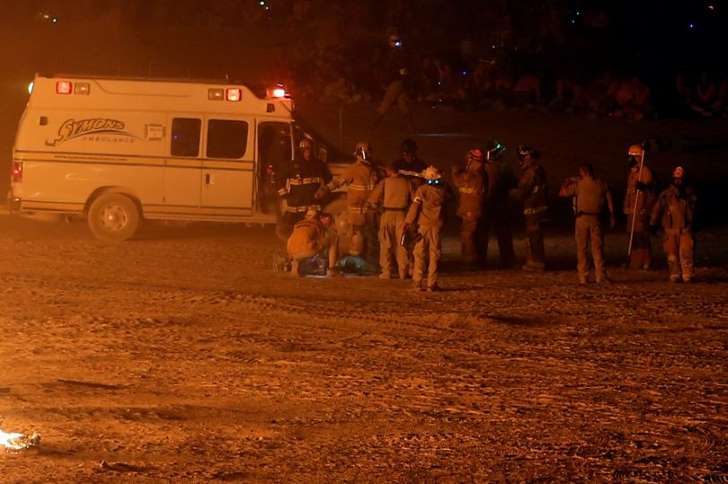 "The individual was treated on the scene, transported to the on-site medical facility and airlifted to a burn treatment center."

An updated statement has not yet been issued.

Held in the Black Rock Desert the main event of the Burning Man festival is the lighting of the 50ft structure of a 'Burning Man'.

People come from all over the world to take part in the arts and culture festival.

This year, the festival was also plagued by wildfires, with one lightning-sparked fire burning within 16 miles of the campsite.

Officials were working to keep traffic routes open to allow access in and out of the festival.

The event runs from August 27 to September 4.

It is not the first time someone had died running into the effigy at the festival.

In 2011, Christopher Wallace died at a Burning Man spin-off event called the Element 11 festival in Ohio.