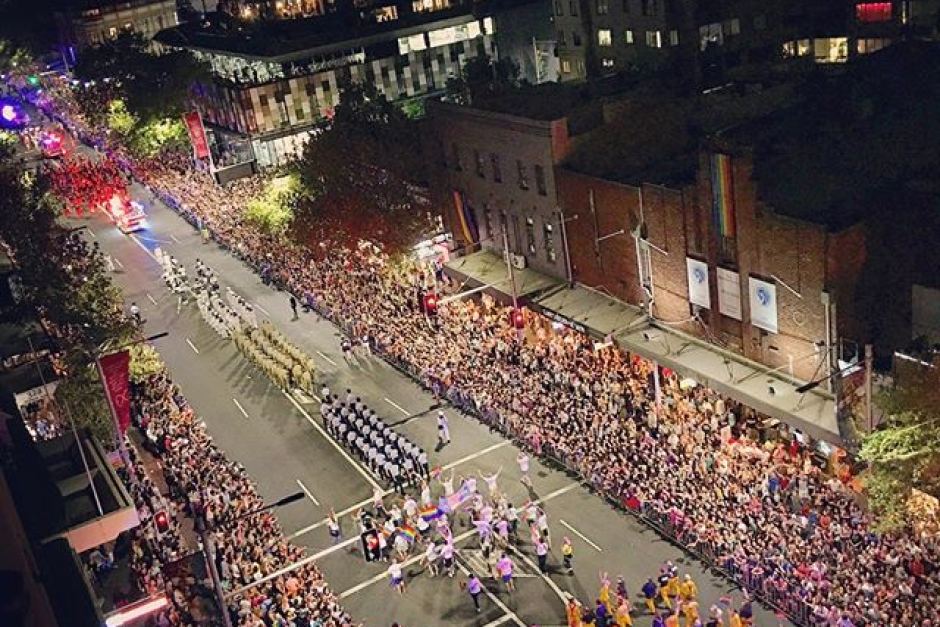 Crowds turned out to watch more than 12,000 people march down Oxford and Flinders Street with 175 floats, including Muslims Against Homophobia, the People's Republic of Mardi Gras and the NRL.

Both Prime Minister Malcolm Turnbull and Opposition Leader Bill Shorten were in attendance as were Olympians, Paralympians and consular officials.

When Mr Turnbull was asked about the significance of being the first prime minister to attend the event, he said it was something he had always done.

"That's for others to judge, but this is an event that Lucy [his wife] and I have attended for many many years. I think it's a wonderful event in the life of Sydney, and I'm delighted to be here," he said.

Mr Shorten said at the event Labor would introduce gay marriage if elected.

"It's a political statement, that people should be treated equally in this country, and free of discrimination," he said.

"I can promise people, that if Labor is elected at the federal election, within 100 days, we will introduce a law to make marriage equality a reality in Australia." 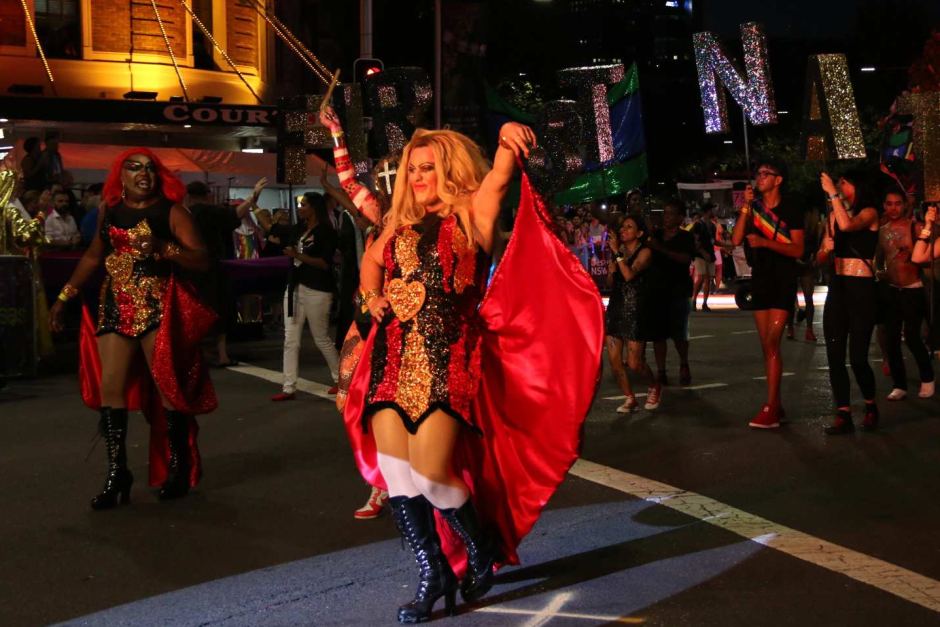 New South Wales police said there were fewer arrests at this year's parade than in previous years.

Six people had been arrested by the time the operation wrapped up for offences including assault police, resisting arrest and possession of a prohibited drug.

"Crowd crush was one of our biggest risks, but we were able to manage that with all of the resources that we had available to us," he said.

"All in all, police are very, very proud of the crowd behaviour and we're pleased with the way that people have conducted themselves tonight."

This year marks the 20th year New South Wales police have taken part in the parade and Saturday night 40 officers marched, many of whom are GLLOs — Gay and Lesbian Liaison Officers.

And for the first time, Australian Olympians and Paralympians had their own Mardi Gras float, in an effort to raise awareness about diversity in sport.

"This week, for the very first time we march in support for inclusiveness, acceptance without discrimination and diversity," Kowalski said ahead of the parade.

The National Rugby League backed another float — complete with goal posts and artificial grass — to convey the same message.

On a more political note, the "No Pride in Detention" float highlighted the plight of two gay refugees now living on the Pacific island of Nauru.

Although revellers were covered in glitter and sequins, parade producer Anthony Russell said the event was about much more than glitter, rainbows and unicorns.

"It's much more than that. It's a really good voice for everyone that wants to have one in the community — in the LGBTIQ community and beyond. It's a very important part of the rich tapestry of Sydney," Mr Russell said.

Attendees spoke out at the event about marriage equality and acceptance.

"We are the next generation and we have to pass it on," 16-year-old Megan Robinson said of same-sex marriage. "There's no harm in being who you are and loving who you are."

"Let's be there for everyone. It's about acceptance. The more we stand out for these people, the more people will recognise it," another supporter Millie-Lee Fontaine said.

The theme of this year's Mardi Gras was momentum — continuing to build on acceptance of the LGBTQ community and driving the gay marriage movement forward.

"There are so many people struggling with this issue that if a game like ours can say that it's okay to be the person you are, then maybe we can improve their well-being and hopefully reduce the rates of suicide and self-harm," former player Paul Langmack said.

This year is the first since the New South Wales Parliament apologised for the way those who took part in the 1978 protest were treated, including being arrested and beaten.