Mr Morrison hopes the issue is resolved sooner rather than later, either through a referendum or a plebiscite. 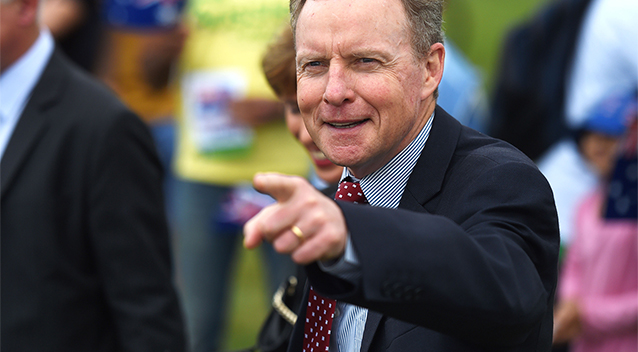 "I do believe in same-sex marriage but I respect the fact that there are many Australians who still are yet to be moved in that regard," Mr Morrison told reporters in Canberra on Tuesday.

Mr Morrison, a former Lieutenant General and Chief of the Army, has said he also wants to continue the work of last year’s Australian of the Year Rosie Batty.

Ms Batty’s was defined by a high profile campaign against domestic violence.

Mr Morrison became a viral sensation in 2013 after delivering a blistering message to members of the Australia Defence Force.

In it, he told “those who think it is OK to behave in a way that demeans or exploits their colleagues have no place in this army”

The comments came after allegations were raised about bullying and sexual harassment and assault of female ADF members.

A group of male soldiers including senior officers calling themselves the “Jedi Council” were found to be sharing explicit material among themselves using Defence’s email system.

Mr Morrison told a press conference the images were “demeaning and profane” but it was a three minute video, originally intended just for the troops, where he made his greatest mark.

Dressed in fatigues and staring down the barrel of the camera, Mr Morrison said those soldiers who did not want to treat women as equals should “get out”.

The video has since been viewed 1.6 million times on YouTube.