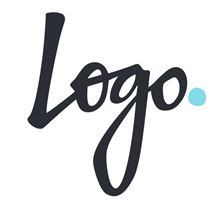 NEW YORK, NY – Fresh off the heels of the highest rated year in the network’s 10-year history, Logo is continuing to break records as the only cable network to post ten consecutive quarters of year-over-year growth.  The network has no plans to slow down as it heads into 2016 with the eighth season of mega-hit “RuPaul’s Drag Race,” along with a diverse slate of programs and high profile tentpole events.  Logo today announced the greenlight of two brand new series – “Gay For Play Game Show Starring RuPaul” and “Gay Skit Happens” – plus a third season of “Cocktails & Classics,” Michael Urie’s love letter to classic films.

Sketch comedy series “Gay Skit Happens” premieres Monday, February 8 at 10pm ET/PT. Daniel Franzese (“Mean Girls,” “Looking,” “Recovery Road”) hosts the premiere and joins the cast of comics to take on Valentine’s Day and tackle all things funny in love, dating, relationships and sex in the age of social media. Actress Vivica A. Fox will join as the host of a Summer Special.

“Gay For Play Game Show Starring RuPaul,” a celebrity-filled pop culture trivia show, will premiere later this year along with the eighth season of “RuPaul’s Drag Race.” Fans don’t have to wait for the premiere to meet the new queens though. The next set of contestants battling it out to become America’s next drag superstar will be ru-vealed during the “New Now Next Honors,” Logo’s annual celebration of the hottest new TV, film and music, on February 1 at 10pm ET/PT. A second season of “RuPaul’s All Stars Drag Race” will premiere later in the year.

Logo will also continue to deliver groundbreaking LGBT events including the television premiere of the 27th Annual GLAAD Media Awards this spring.

“After reaching ten consecutive quarters of year-over-year ratings growth, Logo is continuing on its track as one of the fastest growing cable networks,” said Pamela Post, SVP of Original Programming for Logo. “From fresh comedic voices, to the phenomenal RuPaul and a new partnership with GLAAD, Logo will build on its momentum with a diverse slate of quality series and specials that keep audiences enthralled.”

Over the last ten quarters, Logo has posted a 43% ratings gain and is the only network in the P18-49 demo to report ten consecutive quarters of year-over-year growth.  In that same time period, the network also posted a 227% increase in reach across its digital properties and is currently the second most visited LGBT site on the web.

RuPaul’s Drag Race returns with a court of queens so ingenious, a competition so unpredictable and a judges’ panel so packed with talent, you’ll be seeing stars.  It’s all the artistry, all the humanity and all the head-turning twists you love but if you think you know this Race, honey, you have no idea.

The third season of “Cocktails & Classics” features host Michael Urie and a group of his industry insider friends serving up new twists on classic films. Urie and guests will dish as they screen classic films and shed light on behind-the-scenes gossip.

“Cocktails & Cocktails” is Executive Produced by Michael Urie and Ryan Kroft for Logo.  Joe Buoye is Executive in Charge of Production, and Vaughn Schoonmaker serves as Series Producer.

One of the most moving and visible annual LGBT events returns to television to honor fair, accurate and inclusive media representations of LGBT people and the issues that affect their lives. Viewers can see which TV, film and news programs win big and catch all of the action as Hollywood A-listers speak out in support of LGBT acceptance.

They are the most celebrated, re-tweeted, and dynamic queens from “RuPaul’s Drag Race,” and they’re back with their fiercest drag to compete for the one thing that’s eluded them all, to be crowned America’s Next Drag Superstar. Join RuPaul for a special All Stars edition of “RuPaul’s Drag Race” for a competition with more twists, more surprises, and more extravaganza than ever before.