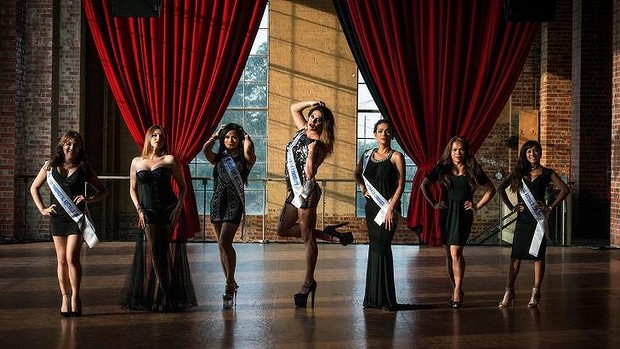 Beauty pageants are synonymous with stilettos, swimsuits, hair spray and false eyelashes, and it's no different for the contestants of Miss Gay and Miss Transsexual Australia.

Next Saturday night,  11 contestants in the former category and nine in the latter will strut their stuff as part of the Midsumma Festival at the competition's new home, The Substation in Newport. For many, preparation is well under way. 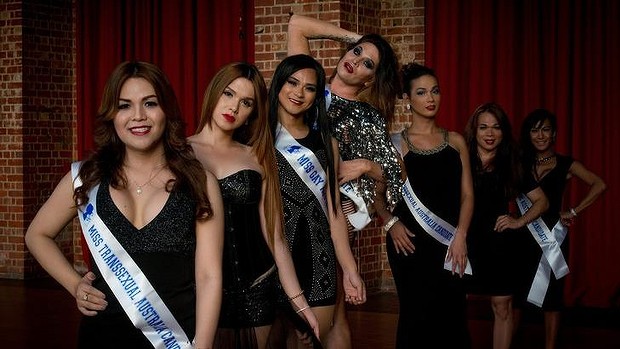 "You have all the unwanted weight that you got from December – I am running every day."

Last year, a make-up artist friend flew down from Brisbane to help Rojas put her face on but this year she'll be doing her own hair and make-up.

There are four categories in the competition – a themed section (this year's theme is Disney villains and princesses), a segment where the contestants impersonate their favourite female celebrities – think Tina Turner, Cher and Celine Dion – a ballgown section, and a Q and A.

The Miss Transsexual candidates will also compete in a "Victoria's Secret-style swimsuit competition with wings and corsets".

Last year's question time got a little tense when one contestant voiced her opposition to gay marriage.

"It got really heated, people were booing," says Rojas. "Fortunately I got a really nice question."

The atmosphere backstage is generally one of camaraderie rather than cattiness, she says.

"I was expecting it to be really bitchy with all the ruining of the sequins and everything. But there were parts where I needed someone to help tie my swimsuit and they were helping out.

"All the gays and transsexuals were so busy but they still make time to help each other if someone needs helping out."

Broadly, the Miss Gay section of the competition is for drag queens and female impersonators and Miss Transsexual is for those who have transitioned or are transitioning from male to female, but the competition's founder, Gayzha Davao, encourages entrants to choose their own category.

She also minimises the competitive aspect of the event, preferring to think of it as a support network.

"It's more like a coming together of the girls. We discovered all these trans women in Sydney or Brisbane, when they apply they become more proud of who they are. It's a way of expressing themselves and getting more confident."

"Growing up in the Philippines, a conservative country, I wasn't accepted at first, especially by my Mum," she says.

"Then she realised she was missing out by not accepting me."

Last year, she was sending her family live updates of the competition via text message.

"They're very excited for me, they're looking forward to me joining an international pageant."

The Miss Gay and Miss Transsexual Australia pageant is at The Substation, 1 Market Street, Newport from 7pm on January 30.