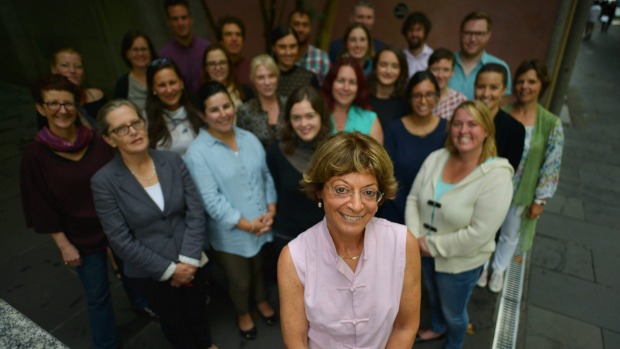 People who received criminal convictions for having gay sex before homosexuality was decriminalised in Victoria are set to receive a formal state apology.

In a symbolic bid to rectify past injustices, the historic event will take place in the Victorian Parliament on May 24 – three decades after homosexuality was removed from the state's statute books.

Premier Daniel Andrews will make the announcement on Sunday as he attends the annual Pride March for the gay, lesbian, bisexual, transgender and intersex (GLBTI) community. Federal opposition leader Bill Shorten is also expected to take part in the event.

"Homosexuality was decriminalised in 1980, but for those convicted under the old laws, it's been a long wait to clear their names," Mr Andrews said.

"These laws cast a long, dark shadow of prejudice that still stands today, and our apology is one small but meaningful way to right that historic wrong."

The formal state apology comes after Victoria recently moved to erase the criminal records of men who were previously prosecuted simply for having consensual sex with other men.

Before decriminalisation, countless gay men were convicted of crimes such as "buggery'" and "gross indecency with a male person", restricting them from travelling, volunteering or applying for jobs such as teaching.

However both sides of politics have since acknowledged that such convictions were inherently wrong, forcing people – many of whom are now elderly – to live for years with the stigma of a criminal record, simply for being gay.

Due to poor record keeping it is not known exactly how many people were prosecuted over past decades, however The Sunday Age understands that the since the government's expungement​ laws took effect last September, about 12 people so far have applied through the Department of Justice to have their records wiped.

Equality Minister Martin Foley said the apology was "an important step towards healing the hurt of LGBTI Victorians who were so unfairly labelled criminals".

Tens of thousands of people are expected to attend Sunday's Pride March – the first in the history of the 21-year-old event to be centred on the theme of marriage equality.

With a federal election looming, the debate around same sex marriage intensified last week after several government MPs said they would not vote for change even if it is supported by the Australian people at a plebiscite.

Among those participating in the event for the first time this year is Victorian Ombudsman Deborah Glass, who will join members of her staff, Victoria's Gender and Sexuality Commissioner Rowena Allen, and a record number of public sector heads to march down Fitzroy Street.

"For me it's very much about a demonstration of my personal commitment, both to a diverse community and to a diverse workforce," she said. "It's a message around me being an Ombudsman for all Victorians – whatever their background, their culture, their race, or their sexuality."