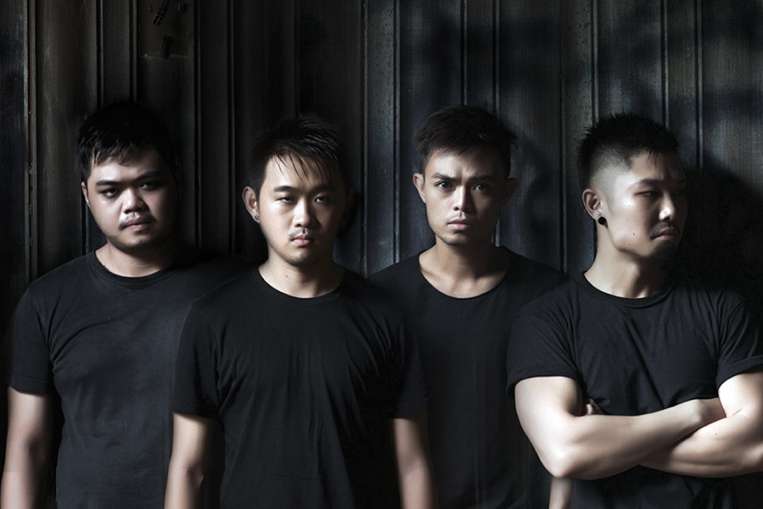 Thorny issues which gay people in Singapore grapple with - the struggle to reconcile one's faith and sexual orientation, recognition by state and society, acceptance by family and body image insecurities - will come under scrutiny in an upcoming play.

Titled Grind, it is written and directed by Goh Boon Teck, artistic director of Toy Factory Productions, who has long explored such themes in his productions.

The play Purple, which he wrote and was first staged in 1995, is based on the life of the Singapore transgender entertainer Maggie Lai.

He also wrote the play, A Tinted Edge, for the Singapore Arts Festival in 2000. The commissioned play is about a gay man who hid his sexuality to avoid hurting his mother.

Grind has received an R18 rating from the authorities for mature content.

Goh, 44, tells The Straits Times: "Being gay is no longer such a big taboo as it was 10 to 15 years ago. But I wonder: Is no problem a problem? So I set out to look at the current psyche of gay people and what their problems are now."

After reading anonymous online confessions and interviewing homosexuals, Goh came up with four characters who each confronts a specific issue in his life.

The character of Gan, played by actor Stanley Seah, is torn between his Christian faith and sexual orientation.

Seah, 24, is a fresh graduate from the Nanyang Academy of Fine Arts with a bachelor's degree in theatre arts. This play marks his debut as a stage actor.

He says: "It's a difficult role, but this is something prevalent in Singapore as there are a lot of religious people who are also gay people.

"When I'm reading Gan, I have a lot of empathy for him. He is torn apart by two things that he loves a lot. These people are all around me. I did not have to do much research."

Another character in the play is Tian, a social media junkie obsessed with body image. He is played by singer-actor Juni Goh, 29, who is also part of the a cappella group MICappella.

He says: "The challenge with my seemingly light-hearted character is to find that complexity, to find out why he is this way and how his life has been like."

Actors Chong Woon Yong, 30, and Mitchell Fang, 25, round off the four-man cast.

Chong's character, Pang, faces family turmoil when his sister discovers his sexuality, while Fang plays Long, a rights activist who campaigns for equal treatment of homosexuals in a society where the law criminalises sex between men.

To make the audience experience more immersive, director Goh has decided to do away with seating arrangements and let audience members sit wherever they choose around the set, which has been designed as an "art installation".

"With such an intimate and honest script, we felt that there is a need for the line between the audience and performers to be diminished," he explains. "The design resembles the 'insides' of a person - tissue, nerves, blood cells. We want audiences to experience the play as if they are privy to the person's thoughts."

He adds: "When you think about the term 'gay', it's just about being human and the human condition. Maybe the law can't be changed so soon, but respect and understanding can be further enhanced.

"My challenge is to get to the heart of the issues, to get at their deepest pain."

A version of this article appeared in the print edition of The Straits Times on February 08, 2016, with the headline 'Gay issues put through the Grind'.Lee Jian Xuan