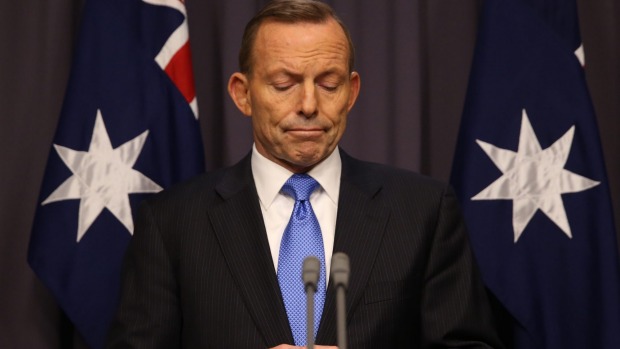 Tony Abbott will fly to the United States on Tuesday to gee-up one of the religious right's most reactionary bodies, the Alliance Defending Freedom.

Mr Abbott, who is being accompanied by wife Margie, will give a speech on the topic of "the importance of family" to the pro-Christian, Republican-aligned lobby, which opposes abortion, wants to end gay marriage and is pushing to roll back some feminist advances.

The speech comes as the primary race for the presidential nomination approaches fever pitch, with contenders on the Republican side scrambling to secure the overwhelmingly Christian "Tea Party" base. 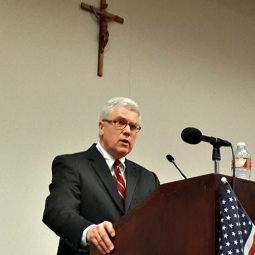 With Craig Osten, Sears argued that America's growing tolerance of homosexuality was being achieved through the indoctrination of children, tacit support of corporate America, and through "positive" television depictions of alternative family structures.

The ADF has attracted trenchant criticism from the left for opposing "tolerance training" for schools aimed at reducing bullying of LGBTI students. Instead, it proposed "truth days", in which homosexual behaviour was openly discussed as sinful.

Announcing his intention to contest the 2016 election, Mr Abbott said he wanted to focus on "transport issues" in his Sydney electorate.

But Mr Abbott's US address will add to his post-leadership record of spruiking conservative values and right-of-centre policies to like-minded groups abroad. It will also further burnish his credentials as Australia's pre-eminent social conservative, in sharp distinction with the middle-ground of Australian politics, and with that of his replacement, the pro-marriage equality, pro-environment Malcolm Turnbull.

Mr Abbott's direct links with the organisation will be seen as a powerful statement of difference from Mr Turnbull who pointedly spoke with the more moderate Republican presidential hopeful, Marco Rubio recently - who is pro-free trade - rather than the two contenders ahead of Mr Rubio, Ted Cruz and the favourite, the ultra-conservative, Donald Trump.

Mr Abbott's program in the US is understood to include a number of other appointments, however his office denied a suggestion that that he was scheduled to canvass a planned comeback with Rupert Murdoch and/or his New York Post editor, Col Allan.

It follows just days after Mr Turnbull made his first official visit as Prime Minister to the US for meetings with political leaders and President Barack Obama, and as Mr Abbott's erstwhile treasurer, Joe Hockey, begins his term as Australia's new ambassador to Washington.

Mr Abbott's decision to remain in politics has inevitably raised concerns within the Turnbull camp that the former prime minister harbours leadership ambitions and that he will become a destabilising influence, reviving Kevin Rudd's successful undermining of Julia Gillard.

Some right-wing MPs believe he can be restored to the top job, and that in the interim, he should be elevated to the cabinet when Malcolm Turnbull makes changes forced on him by the resignation of Jamie Briggs and the standing aside of another minister, Mal Brough.

The ADF believes some freedoms, most notably the freedom to practice the Christian faith, is being subsumed by the free expression of the individual, and argues that the contest over the definition of marriage goes to the very foundations of America's future.

"What happens to marriage dictates what our society will become," it states on its website.

"The cultural battle over marriage isn't about two individuals looking to legally establish their love. It's much bigger than that, and much more is at stake. As marriage is redefined, children face a world that is less likely to affirm their need for both a mom and a dad. The focus of marital relationships shifts from selfless love to the desires of the individual. And the religious freedom of those who stand for marriage is threatened."

The Turnbull government is committed to a non-binding public plebiscite on marriage equality some time during the next term of office – assuming it is re-elected – in a compromise plan nutted out by Mr Abbott shortly before he lost the support of his party room.

Mr Turnbull advocated a free parliamentary vote to wave through same-sex marriage equality, having argued that blocking it meant defying majority public opinion and that it would become a political liability for the Liberal Party in the 2016 election.

Fairfax has confirmed the costs for the address have been met by the Alliance Defending Freedom.