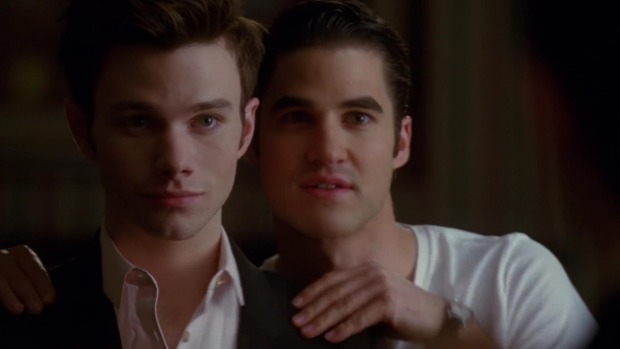 It's been a long time since anybody called me that word, but I got immediate flashbacks of my own adolescence; one filled with slurs ranging from that F-word that still makes me shudder, to "lighter" taunts such as poof, fairy, and fudge-packer.

The bullying of boys because of any perceived difference in sexuality is something that is still happening in (and around) schools every day, and adults can't just stand by and watch any more.

Gay rights and visibility have come far since the mid-1990s, when I was the age of these boys. Kids, however, haven't become less cruel – in fact, owing to the ease of bullying via social media, they're probably more so.

Rather than cheeky insults thrown across a hockey field, kids are now subject to permanently logged abuse; able to be read and re-read until it sinks a child or teenager into a hole of destructive self-hatred. Or even, commonly, suicide.

It shouldn't be this way, and not just because of social media but also because kids shouldn't bully each other because of perceived difference.

I say "perceived" difference because, especially in relation to boys that are seemingly effeminate, those who yell homophobic slurs don't know that the person they're directing their insults at are actually gay.

Unless the child is "out" at school, bullies simply pick out somebody to hurt because of their mannerisms, the way they dress, or the way they talk.

This isn't just the case for boys – female tomboys are also subject to homophobic bullying from a young age – but from my own personal experience, and what I'm still observing when I see school kids today, there's still a serious problem directed at young males.

So-called effeminate boys shouldn't have to hide who they are to prevent being bullied. Kids aren't going to stop taunting each other on their own, though, so it's left to those who can influence them to try and do something about it.

Sexual orientation is included in many schools' sexuality education, but any focus on acceptance of diversity during these lessons clearly isn't sufficient in changing how kids think.

To be fair, it's a terrifically complex subject to cover; one teachers don't have time to do properly during moduled sex-ed lessons.

Teachers do play a role in preventing and dealing to homophobic bullying, but the real education needs to start at parental level.

Having your kids meet and interact with LGBT is a welcome start. It takes the theoretical idea of "gay people" and brings it into the real world, so impressionable children can understand just what being gay really is about. Family-friendly gay pride events like fairs are an ideal place for this if you don't have any gay friends.

Importantly, parents must start correcting their kids' language at home, starting with telling them "that's so gay" or "gay as AIDS" are not acceptable ways to express disapproval. These phrases we still hear often – even by people as old as university age – and they're far from harmless.

It also doesn't hurt for parents to actively expose their kids to media with gay characters, for there are a lot of them on TV these days.

Further still, parents must teach their kids that difference isn't something to be ashamed of, it's something to be proud of. You can do this by pointing out your own child's differences (and perceived differences); from the area of town they're from to the freckles on their face.

If you're an adult unrelated to a child who is bullying another within your proximity, do remember you're still in a position of power. You can say something. You can tell them the word "faggot" is hurtful and hateful. You can intervene when you see a child come into harm's way.

I only wish I'd understood my position of power at the supermarket the other day.

Next time I see a child being bullied, male or female, gay, perceived as gay, or otherwise, I'm going to speak up.

I hope when similar situations arise, that you will too.