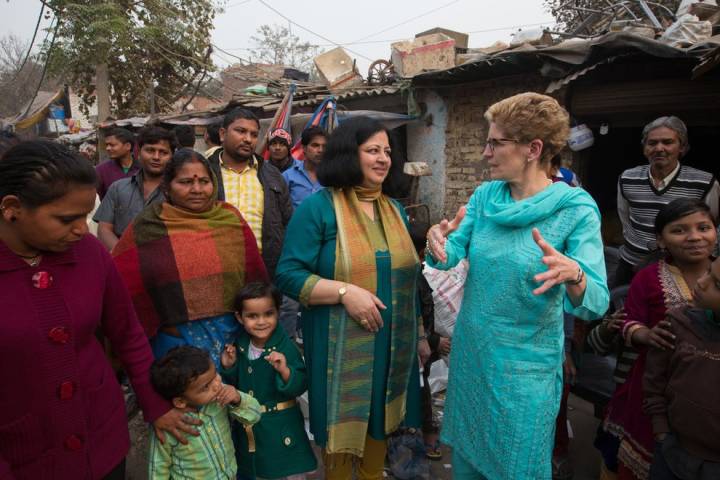 AMRITSAR, INDIA –Ontario premier Kathleen Wynne’s support for same-sex marriage is stirring up controversy ahead of her visit to a venerated Sikh shrine.

Officials at one of India’s holiest sites say Wynne won’t receive a customary robe of honour due to her support for same-sex marriage.

In an article entitled “Pro-gay Canadian leader runs into an ethical wall in Punjab,” The Hindustan Times said officials at Amritsar’s Golden Temple would deny Wynne the customary siropa since her “pro-gay” policies run contrary to Sikh values.

The Siromani Gurdwara Parbandhak Committee, an elected council that manages holy sites in the northern Punjab state, reportedly said that offering Wynne a siropa “would be against Sikh ethics,” but said she is still welcome to visit the site.

“Reason: Wynne, a lesbian, is a supporter of same-sex marriages, a practice opposed by the Akal Takht, the highest temporal seat of the Sikhs,” the paper explained.

Siropas are typically offered to visiting dignitaries. Former prime minister Stephen Harper received one during his visit in 2009.

Wynne’s Amritsar visit is part of her larger 10-day trade mission to India, where she is visiting several major cities, accompanied by a contingent including nine MPPs and 50 business leaders.

Wynne’s spouse, Jane Rounthwaite, is also joining her on the trip.

Wynne is scheduled to visit the temple on Sunday.