In search of an LGBT-inclusive mosque

Damir Ahmetovic prays five times a day and describes himself as a devout Muslim. But he no longer attends his local Brisbane mosque for fear of vilification.

"The wider Muslim community is not aware that I am gay and I keep away from them," Mr Ahmetovic said. "I've made a choice to limit my contact with them. It's a self protection mechanism, I don't want judgment, hostility and negative responses to who I am."

The 31-year-old Bosnian national came out to his family a decade ago, an experience he says was fraught with difficulty. His father, who initially rejected him, said he would accept his son only if he kept his sexuality quiet. 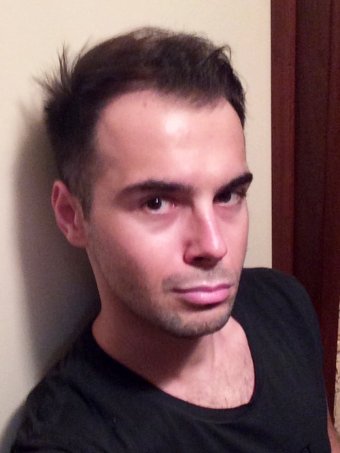 Mr Ahmetovic said he knows "quite a few" gay Muslims in Brisbane but says they have rejected their faith since coming out. He also knows many more who identify as both gay and Muslim who are looking for a mosque that will include, not shun them. Mr Ahmetovic recently joined the newly launched Brisbane branch of Muslims for Progressive Values (MPV), which started in New York in 2007 with the aim to, "get organised in promoting a progressive and inclusive interpretation of Islam against the backdrop of extremism as played out by Al Qaeda, and conservatism as played out by the influence of Wahhabism in the US". MPV campaigns for diversity, gender equality (including non-segregated mosques) and LGBTQI inclusion, and now has thousands of members around the world, but only late last year did it gain traction in Australia, opening sub-branches in Melbourne, Sydney and Brisbane. The local MPV push is being led by Professor Saher Amer from the University of Sydney and Reem Sweid from Deakin University, who claim Australia is home, "to some of the most conservative Muslims in the western world".

In spite of this, a Melbourne Imam, Nur Warsame, has taken the bold step of preaching a progressive interpretation of Islam to his own congregation of LGBT Muslims and supporting their sexuality within the Muslim faith.

Imam Nur, a Somali-born man, lived in Egypt and Canada as a child and moved to Melbourne as a high school student. He has been an Imam for 13 years, and is only the second Victorian Muslim leader to earn the title 'Hafiz', meaning he has memorised the Koran.

"There have been threats to my life because I am finally speaking out," Imam Nur told ABC News.

Earlier this year, he said, two men (who he knows are from the Muslim community) came to the front door of his house in Melbourne to threaten him after hearing him speak about Marhaba on LGBT radio station Joy FM.

"They wanted me to stop talking about gay Muslims. But luckily the Victorian Police were very helpful and I am OK," he said. 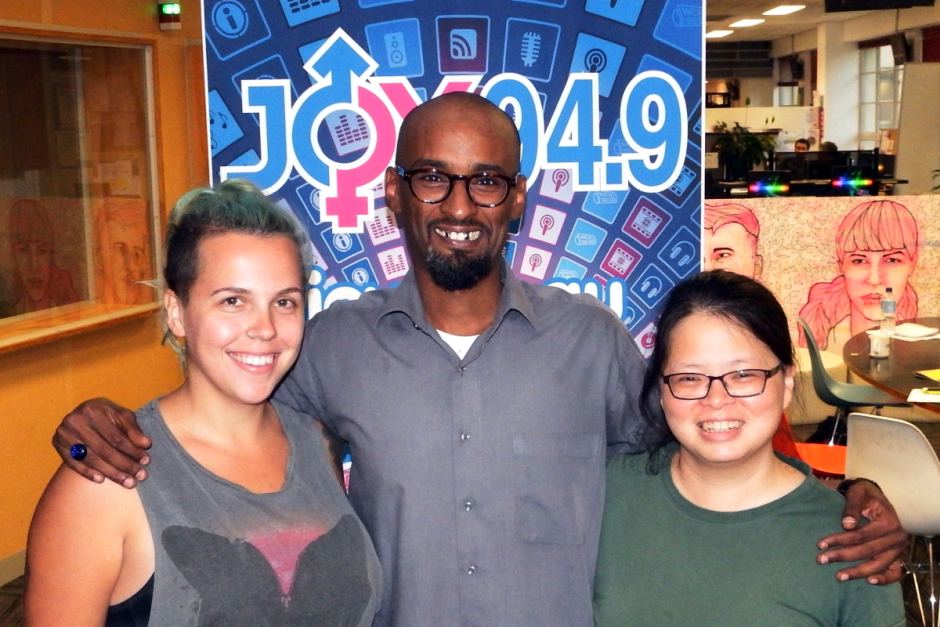 For two years, Imam Nur has run the support group Marhaba (which means 'welcome' in Arabic) covertly in a range of community halls across Melbourne.

"When I started this group, I knew it was a suicide mission. But I'm cautiously optimistic and I am careful. I look after myself and don't see myself as some martyr willing to die for this cause," Imam Nur said.

While LGBT-friendly mosques and prayer halls can be found in South Africa, France, the United States and Canada (some as early as the late 1990s), he says it is the first "mosque" of its kind in Australia.

"I do not want to be linked to the mainstream conservative Muslim organisations, they have done a lot of damage to the LGBT community," he said.

"I want to be known as an independent Imam who is sympathetic. My calling in this lifetime is to help young, gay Muslims who have been traumatised by the Muslim leaders in Australia."

Coming out can be a 'risk to one's life'

The most recent data in Australia estimates 2.2 per cent of Australians — approximately half a million people — identify as Muslim.

Imam Nur is also Melbourne's first Muslim pastoral worker in a public hospital. He started working at the Alfred Hospital in 2013.

"About two years ago, two HIV-positive men died in Melbourne, and no mosque wanted to do their burials," he said.

"That really troubled me. There is stigma and judgement in life and stigma even in death."

Imam Nur and the deceased men's families washed their bodies and said prayers before their burial as per Islamic tradition.

Outside of hospital, he dedicates almost all of his spare time to Marhaba, which holds monthly meetings for members, some as young as 16. They also celebrate the Eid festival twice a year.

Imam Nur says Marhaba has 500 members around Australia, a number that grows daily. He says the group's private Facebook page has more than 200 members, 100 of whom he has personally met and mentored.

Imam Nur is also working with local and state governments to establish a safe house for Muslims who come out to their family and community, which he hopes will open in Melbourne before the end of the year.

He told ABC News he recently convinced a young Muslim man not to take his psychologist's advice to come out to his parents and instead wait until the safe house had been established.

"In the Muslim tradition, the consequence of coming out to family can be very severe and at times, a risk to one's life," Imam Nur told Joy FM in January.

ABC News contacted seven sheikhs, but no-one was willing to comment on the prevalence of homosexuality in the Muslim community, or share their thoughts on MPV and Marhaba. The Islamic Council of Victoria also declined to comment.

Are gay Imams allowed to preach?

But how can Imam Nur be both an Islamic religious leader and gay? After all, homosexuality is considered a crime in many Muslim countries. 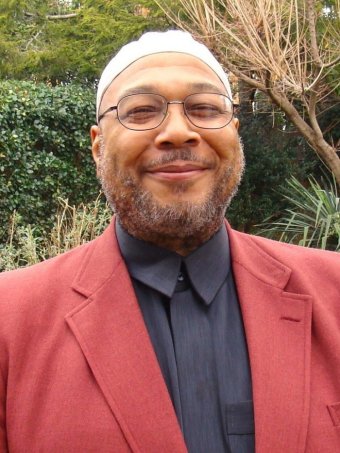 While the word "homosexual" doesn't exist in the Koran, there's a widely held belief that, in Islamic terminology, homosexuality is associated with al-fahsha' (an obscene act), shudhudh (abnormality), or 'amal qawm Lut (behaviour of the People of Lut).

There is, however, a different view emerging — of which America's first openly gay Imam, Daayiee Abdullah, is a proponent.

Imam Daayiee has met and trained with several LGBT Imams from around the globe.

"I've met 12 gay Imams, eight of them are out," he said. "I have met them all over the place, like Jakarta, Melbourne, Dubai, Cape Town, London, Beijing and Amsterdam and South America."

Over the past 18 years, he's been called 'a self-proclaimed Imam' and received threatening calls and emails from within the Muslim community, but said he is often just ignored by other Muslim leaders in the hope he will "go away".

Homosexuality in the Koran

"There's nothing in the Koran that condemns homosexuality," said Imam Daayie.

However, this interpretation is firmly dismissed by the Australian Federation of Islamic Councils (AFIC). 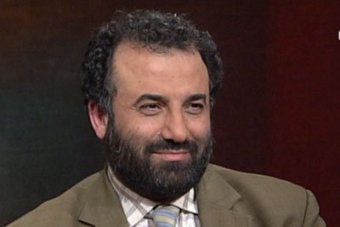 "It's an aberration and a major sin and has always been forbidden. Any sexual act among people of the same gender is simply not allowed," Mr Trad said.

While Imam Dayiee and Australia's Imam Nur don't receive support or funding from mainstream Islamic organisations, and are still considered outliers, they can't be stripped of their title.

Dr Scott Siraj al-Haqq Kugle from the Department of Middle Eastern and South Asian Studies at Emory University in Atlanta has dedicated much of his academic career to exploring sexuality within Islam.

To be an Imam, Dr Kugle said, one needs to have extensively studied the Koran, have a community to preach to and a space to hold prayers. He argues both Imam Nur and Imam Daayiee meet these criteria.

"There is no Catholic Church or clergy in the Islamic faith, so with the Sunni version of Islam, for example, it's a very decentralised community," Dr Kugle said.

"There's no formal ex-communication from Islam. That simply doesn't exist."

Mr Trad said Muslims were not vetted at mosque entrances.

"There's no-one standing at the door of the mosque asking people if they are LGBT or not," Mr Trad told ABC News. "We assume everyone's sexual affairs are private. We don't ban anyone from the mosque."